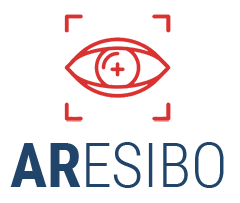 ARESIBO aims at improving the efficiency of the border surveillance systems by providing the operational teams and the tactical command and control level with an accurate and comprehensive information. The pillars of research in ARESIBO are three-fold: 1. Set-up a complete configuration at tactical and execution level to optimise the collaboration between human and sensors (fixed and mobile), 2. Improve situation awareness by enhancing the understanding of the situation through adapted processing of sensor data, correlation between heterogeneous data and information and creation of knowledge through deep learning techniques and 3. Create a situation awareness capability at C2 level that will combine reports on previous missions, real time situation understanding and threat analysis for future actions. This capability will be used to optimise the operations (teams deployment and sensor positioning) as well as an online briefing tool for the teams that will be able to access to the results of the previous missions while in the field. ARESIBO integrates research activities in the domain of 1. surveillance platforms (air, ground, surface, underwater) to optimise the collaborative capabilities of the platforms and their positioning (between themselves and with the teams), 2. Sensor processing to interpret, fuse and correlate all the data to produce information and knowledge and 3. Augmented reality techniques to elaborate and provide to the operators a situation awareness picture which is fit for their missions (minimum information for maximal understanding) both as team level and tactical C2 level. The ARESIBO system will be developed incrementally during the 3 years with two major versions that will lead to sub-versions for land and maritime borders. The system will be tested and assessed in 1. a controlled environment enabling testing at any time without pre-requisite authorisations and 2. in real conditions in Finland, Greece, Romania and Portugal for the 2 versions. 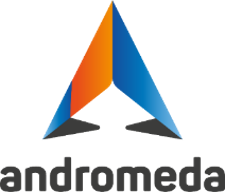 Sharing data can make surveillance cheaper and more effective. Under the European Union’s Common Information Sharing Environment (CISE), information may be shared seamlessly with a range of third actors, including police agencies and defence forces. It is making different systems interoperable so that data and other information can be exchanged easily via modern technologies. Already an important building block of the EU’s overall maritime surveillance framework, CISE can also be extended to help secure land borders. The EU-funded ANDROMEDA project aims to extend the scope of CISE for land borders. The project will leverage on the developments, results and experience of the consortium from current and previous research projects (PERSEUS, CloseEye, MARISA, RANGER).

CONNEXIONs aims to develop and demonstrate next-generation detection, prediction, prevention, and investigation services. These services will be based on multidimensional integration and correlation of heterogeneous multimodal data, and delivery of pertinent information to various stakeholders in an interactive manner tailored to their needs, through augmented and virtual reality environments. The CONNEXIONs solution encompasses the entire lifecycle of law enforcement operations including: a) pre-occurrence crime prediction and prevention b) during-occurrence LEA operations c) post-occurrence investigation, and crime-scene simulation and 3D reconstruction. CONNEXIONs will meaningfully enhance operational and (near) real-time situational awareness, through automated identification, interpretation, fusion and correlation of multiple heterogeneous big data sources, as well as their delivery via immersive solutions. Such multimodal data include Surface/Deep/Dark Web and social media content in 7 languages (EN, FR, DE, PT, RO, ES, AR), data acquired by Internet of Things (IoT) devices, and digital evidence. CONNEXIONs will also provide chain-of-custody and path-to-court for digital evidence. The Project will adopt ethics and privacy by-design principles and will be customisable to the legislation of each member state. CONNEXIONs will be validated in field tests and demonstrations in 3 operational use cases: a) counter-terrorism security in large scale public events b) human trafficking investigations and mitigation c) crime investigation and training through 3D scene reconstruction. Extensive training of LEAs' personnel, hands-on experience, joint exercises, and training material will boost the uptake of CONNEXIONs tools and technologies. With a Consortium of 8 LEAs from 7 European countries, 5 Research/Academic partners, and 4 industry partners, CONNEXIONs delivers a strong representation of the challenges, requirements and tools to meet its objectives.

EU trade, transport, tourism and economic development are directly dependent on open and safe seas and oceans. EU's maritime borders are widely spread including various topologies from open sea to semi-enclosed cabins with islands and islets. This poses great challenges that affect securing maritime border areas. Failing to protect against a wide array of maritime threats and risks may result in these areas becoming arenas for international conflicts, terrorism or organized crime, where smuggling, irregular immigration and drug trafficking are the most common ones. RANGER aims at re-enforcing EU by combining innovative Radar technologies with novel technological solutions for early warning, in view of delivering a surveillance platform offering detection, recognition, identification and tracking of suspicious vessels, capabilities exceeding current radar systems. It will be a platform, consisting of 2 radar technologies, a novel Over-The-Horizon Radar combined with a Multiple Input Multiple Output one implemented exploiting the latest photonics advancements, and an Early Warning System exploiting deep and adaptable machine learning schemes able to Automatically detect radar Targets. It safeguards seamless fitting and interoperability with CISE (enhanced maritime surveillance and cross border SaR operations), through the development of a CISE translation Gateway, exporting on-demand CISE services directly to end-users, by strengthening the information exchange between national authorities and the European Agency. RANGER leverages the experience of its consortium, a balanced blend of technology providers, domain experts and end-users, delivering a cost efficient, environmental friendly solution, abiding to regulations and legislation for the protection of human lives. Two pilot exercises are foreseen to thoroughly assess RANGER’s ability to deliver on its promises, enhancing its potential to become a flagship platform for the European Maritime Surveillance industry.

Coordination Of Maritime assets for Persistent And Systematic Surveillance

Beefing up the European Union’s external borders and combatting the trafficking of people and drugs are high on the agenda. Despite costly investments in the surveillance sector, maritime surveillance has not reached the desired levels of effectiveness. The EU-funded COMPASS2020 project aims to demonstrate that the coordinated use of manned and unmanned technologies and tools, both of aerial and underwater coverage, leads to better achievements regarding the range of operation, the collection of information and the quick reaction to maritime surveillance necessities. The project will offer cost-effective and reliable operational solutions to coast guards and maritime authorities for better situational awareness.

The creation of the Schengen area has been one of the major achievements of the EU. However, this agreement requires countries to cooperate tightly in order to keep a high level of security at their internal borders, as well as to share the responsibility of managing external borders. Such a variety of borders (land, sea and air) and current challenges requires a consistent approach to border surveillance, based on a plethora of heterogeneous assets. These can be manned or unmanned, ranging from sensors (optical, radar, IR) to unmanned platforms (UAV, UGV, USV or UUV), and need to be combined to offer an integrated situational picture of the area under surveillance and of their location. In order to effectively control their operation and manage the large amounts of data collected by them, new approaches for command and control need to be considered, allowing efficient interaction between the operator and the different assets in the field. CAMELOT proposes to develop and demonstrate different advanced command and control service modules for multiple platform domains, based on a SOA architecture that specifies internal and external interfaces, allowing the development of a modular and scalable command and control station, customisable to the user needs. This architecture can be based on results of previous studies and work or open architectures that may prove more suitable and the interfaces can take advantage of the standardisation work that has been done already. After the definition, CAMELOT partners will prototype service modules according to their expertise, background individual technologies and practitioner needs. These will be integrated progressively in specific testing along the project. This prototype development approach will culminate in 2 final demonstrations involving end users and relevant stakeholders, to achieve a maturity of TRL6 (for most individual technologies supporting the functionalities for border surveillance) and an IRL of 7 for CAMELOT.

Fighting Crime and TerroRism with an IoT-enabled Autonomous Platform based on an Ecosystem of Advanced IntelligEnce, Operations, and InveStigation Technologies

Technology can help fight and prevent crime like never before. Data sharing has become the latest weapon for law enforcement agencies in terms of prediction, prevention, operation and investigation. The EU-funded CREST project aims to leverage the Internet of Things ecosystem, autonomous systems and targeted technologies. This will help the police detect and assess threats, plan surveillance, distribute command and control of law enforcement missions, share information and exchange digital evidence through blockchain technologies. CREST will also provide chain-of-custody and path-to-court for digital evidence. The project will test its methods in three operational use cases, including the protection of public figures in motorcades, counter terrorism security in crowded areas, and cross-border fight against organised crime.

The ILEAnet project will set up and develop a sustainable network of Law Enforcement Agency (LEA) practitioner organisations from all over Europe. The mission of this network will be to stimulate LEA capabilities to influence, develop and take up research, development and innovation (RDI) that is useful and usable for LEAs, and thereby help them to tackle the major challenges they face. The network will be organised around ILEAnet National Contacts (INCs) who will be in charge of federating the respective networks of practitioners, policy makers, academics, industrial players and other RDI stakeholders in their respective countries. ILEAnet will also operate as a community of people with a common interest in exchanging and collaborating with respect to LEA challenges and needs and LEA-centred RDI. Whilst the organisational ILEAnet Network will be focused – “top-down” - on specific challenges, the ILEAnet Community of people will contribute “bottom-up” ideas to produce innovative approaches to face newly arising challenges. An online community platform will enable professional social networking and mutual online assistance related to new solutions and best practice to address LEA challenges. The platform will support online and physical meetings and discussions, and will provide the infrastructure for efficient knowledge management. Synthesising top-down approaches and bottom-up ideas in iterative survey-organise-brainstorm-analyse-propose-discuss-poll processes, ILEAnet will build up a broad portfolio of RDI results and new RDI project concepts, and will deliver recommendations for future RDI policies. ILEAnet will hence catalyse innovation between LEAs and between LEAs, academics and industry. This will enable LEAs not only to take up mature results but also to prepare and influence future RDI efforts which could be taken up by individual or groupings of organisations and countries as well as by European research funding programmes.
We use Google Analytics cookies to collect and analyze our website’s traffic. Information about the latter will be processed by the Information Technologies Institute (ITI), Centre of Research and Technology Hellas (CERTH) while statistical data will be presented in public reports. By continuing to browse or by clicking 'Accept', you agree in storing of such cookies on your device for analytical purposes. Your selection will be saved for one day.AcceptDeny